So, I was off last Sunday and woke up bright and early to get some chores done. My parents came over around 11 a.m. to pick me up for our adventure. But, before we left, Mom presented me with a custom footstool she bought me as a gift, that matches my chair that's being delivered today. Wasn't that nice? I just couldn't afford it when I bought the rest of my furniture, so I thought it was so sweet that she still wanted me to have it. Best Mom!

Anyway, after that (well, first I forced them to stop for delicious Which Wich, but after THAT), we set off for Oklahoma and the WinStar casino! My Mom and I love to play slot machines together, while Dad patiently reads his book in the lobby and pretends he doesn't know we're off wasting money. They had visited this casino before, but I had not.

It was waaaay too smoky for me, and really wrecked my lungs after just a few hours. The casinos in Vegas are more oxygenated and the smokers usually are separated into a separate space. So, that made it hard. But we only intended to stay for a few hours anyway, so were ready to leave. I started with $100 and ended with $101. SUCCESS!

On Monday, I did a teen book discussion at this one branch where the sweetest teen girl just wants to sit for two hours and talk. A few months ago she asked if we'd start a GSA group at the library because she was too nervous to ask a teacher at school to be the advisor. For various reasons, a co-worker already is working on a proposal for that very project! But, in the meantime, we just talk. And this month, she brought her sister, which I also thought was pretty awesome.

Tuesday was tough. I had to do a training for my own department, which should be outlawed. It's so hard to present to your own group! But everyone mostly got into it, and my boss said I did a good job, so...I consider it a success. But, after having to keep my energy high for the first half of the day, I then had to go work at an event OUTSIDE for three hours. It was pure torture. Just blazing hot and miserable. And predictably, we couldn't even bribe people to come out to the program. It seemed like such a good idea when we planned this series back in December, haha.

After leaving that, I passed a Starbucks drive through and realllly wanted an iced coffee. But, I was severely dehydrated, and wanted water and sleep more, so I ordered one and brought it home, dumped the ice, and saved it for this morning. I'm drinking it now and it's still delicious, though it's making me feel very buzz-ey. I think the caffeine concentrated overnight!

I'm off today, as well, and am tied to the house waiting for my chair to be delivered. I have a list of chores and projects as long as my arm to work on. It will be a productive day! I might even get to read a Big Bang. HAPPINESS.

In other news, I admit I don't care that much about the royal baby. But, I don't understand why others care that people care. (Follow that?) Who cares!! Just let people like what they like! You don't have to if you don't want to! But that also means others can if they want to! It's simple, really.

OK guys, I have an embarrassing confession to make. I recently ordered an iphone 5 case and an ipad case that fits the ipad 2/3/4. The shameful part? I have an iphone 4 and an ipad 5. I switched my models! ARRGGHHH. The seller, of course, has disclaimers all over her etsy page about not taking returns. I mean, it's entirely my own fault.

BUT! My mistake is your gain. I can't use them, can you? If you want one (pics below), I'll send it to you for free. I'd prefer for the two items to go to two separate people, so please don't ask for both. Also, I'll be re-ordering these for the correct (!!) devices I actually own (!!), so be aware that we will become device cover twinkies. 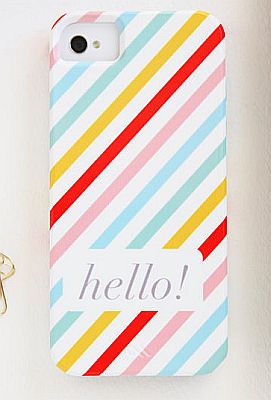 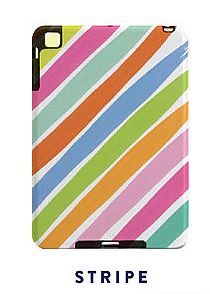